My little Drewby just turned 5. And he wanted the exact same party his older brother did when he turned 5... a cooking party. They both are my biggest helpers (for lack of a better word;)) at dinnertime. And I enjoy reusing ideas, heck I've already done most of the research (yes, research), so why not? And why not even make it better the second time around? So that's just what I did.

I made a cute sign for the front door using a potholder set from the $1 aisle at Target (although I think it was actually $2.50 for the set). It said "Welcome to Drew's Cafe". On a side note - I could be advertising for Target's $1 spot. I also bought vinyl tablecoths there... in red/white and turquoise/white checkered patterns. So, so cute and the perfect colors.

I displayed the menu-to-be on a chalkboard in the kitchen.

I filled a collander with cooking tools and used it for the centerpiece.

I scattered balloons all over the floor... I do this for EVERY party. Cheap decoration and an instant pop of color. Plus each kid can take one home with them if they'd like.

I used the same menu, because it was simple and yet it really made the kids feel like they were cooking a full meal. We made pizza (using pre-baked dough) first. Each kid had a chance to spread around the sauce, sprinkle a handful of cheese, and lay down some pepperoni. Then we made "salad on a stick"... which was chunks of cheese, cucmber, grape tomatoes and croutons on a bamboo skewer (idea courtesy of Family Fun). Last but not least, each kid decorated his/her own (pre-baked) cupcake, but not before tinting the icing themselves... they took turns stirring in the food coloring.

I made the same chef hats. the tutorial is online at Family Fun here (could also advertise for them - Family Fun are you listening? I love your mag!). And I provided each child with an apron from Oriental Trading. See here.

I made a little connection this time between Drew's age (5) and the 5 basic food groups. We guessed what Drew's 5 favorite foods were while we worked. And the party favors were styrofoam lunch trays filled with candy that looked like real food, representing the 5 food groups. The little attached scroll on top says:

"Fish, breadsticks, lentils and cheese,
Berries and oranges, pumpkins and peas,
Be sure to get your 5 food groups a day,
Drew's been growing for 5 years this way."

I used swedish fish, sugar babies for the lentils, orange and yellow starburst for the cheese, haribo candy berries, chocolate orange slices, and green M&Ms for the peas. Everything had a label. I really tried to execute this idea when I first hosted this party a couple years ago. But it did not turn out nearly as cute as it did this time. The only thing is it was too bad that his party fell the week before Halloween. I am sure the parents loved that I sent their kids home with a plate full of candy just 7 days before going trick or treating!

I added a game this time. There are a few fabulous activity ideas on this site. I made 2 placemats with an outline of a properly set table setting. Set up a small table big enough for 2 contestants and had them race each other to see who could properly set their setting first. So they each had a stack of plate, cup, napkin, fork and knife. Fun!

I'm going to check out the links. Thanks.

LOVE this idea, Lei. I'm going to post it on my craft blog, if that's okat with you!

Sweet muffin tins with all the different goodies in each one. Great ideas!!

We celebrated my oldest daughter's birthday tonight with an art party, complete with ceramic figurines, tempura paint & aprons. They had a blast!

I seriously want to come to one of your parties.

Then again, my kids would see how it should be done. :-)

These ideas are so fun! Thanks for sharing.

I will provide 3 images for each product ($40+ value) you send to me! (1 image for $20 or less value) Your product is my payment. It's easy as that. Contact me at photosbylei@yahoo.com if you're interested!

I love to share my ideas and love it even more if it's worthy of your imitation. Feel free to link to or feature any ideas or projects on this site, but please link back to me! For more information, see the details of my copyright at the bottom of this page! 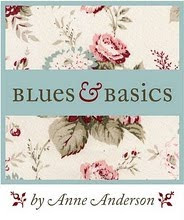 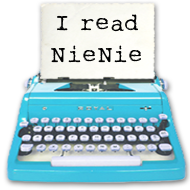 This work by Leilani Rogers is licensed under a Creative Commons Attribution-Noncommercial 3.0 United States License.